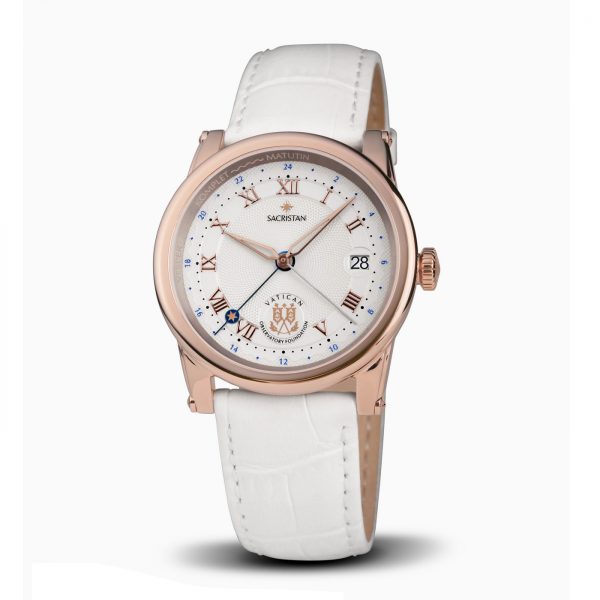 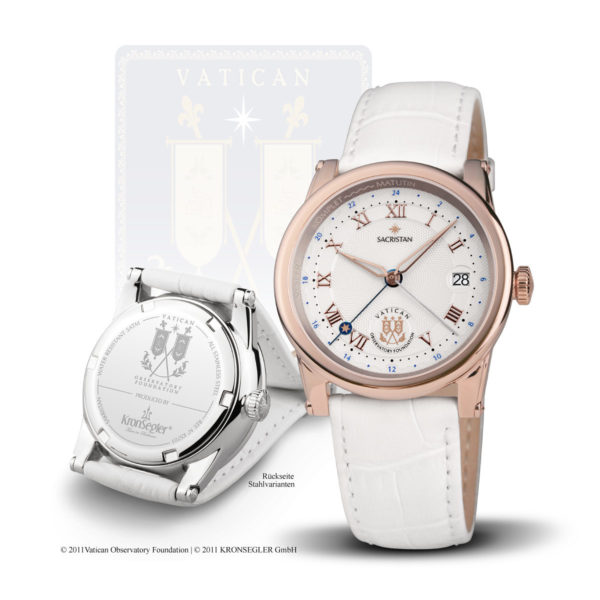 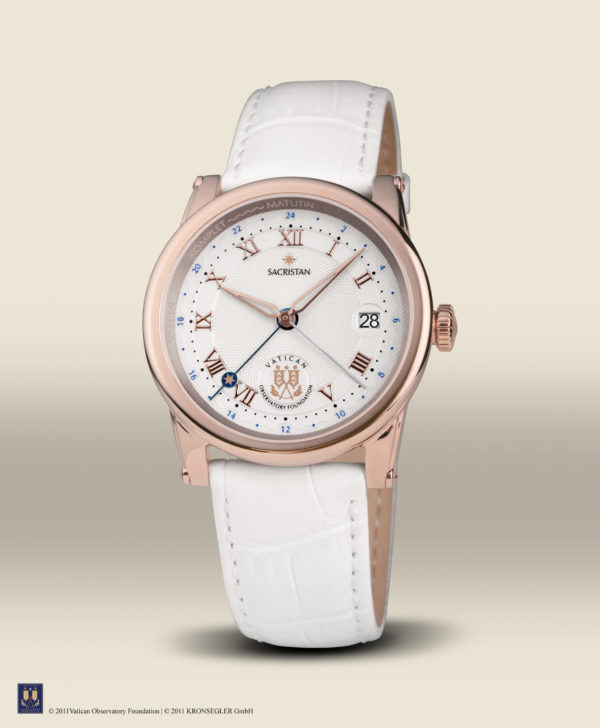 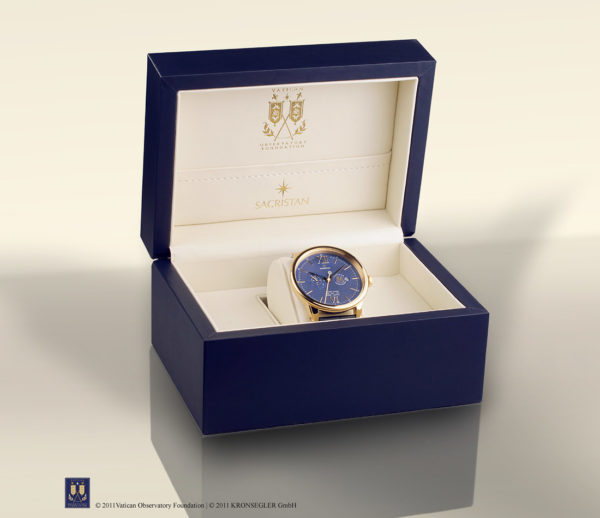 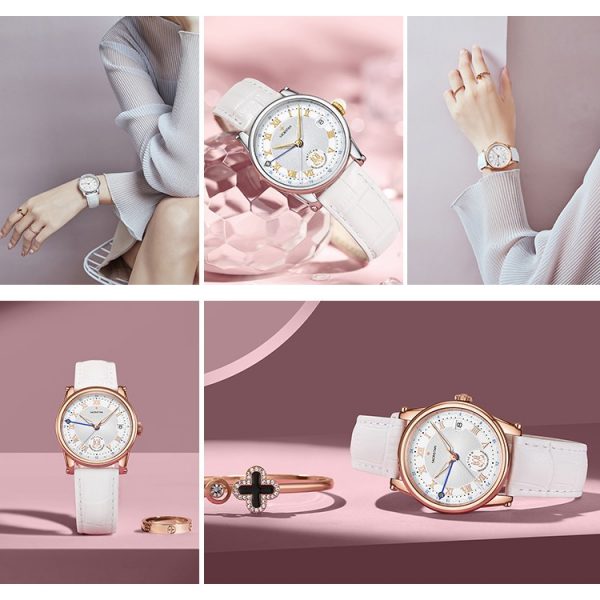 Given the special meaning that prayer has for so many people and the historical relevance of time measurement for praying, creating the first existing wrist watch series with liturgy time display has been a motive and an honorable devotion for our watch production company.

We initially referred to the Vatican in the end of 2010 presenting our plan and first design studies and asking for endorsement and official cooperation. After continuing our design and development work farther in detail, at the end of August 2011 we were officially authorized in producing a wrist watch series under the guidance of the Vatican Observatory (Specola Vaticana), whose foundation coat of arms can be seen on every watch produced in this series. It is our as well as the Foundation’s desire that our watch collection shall be amenable to a great number of Christians all over the world. A substantial part of the revenue generated through the sales of the watches will be used by the Vatican Observatory Foundation for purposes of research and education.

Being a medium-size Saxon company, we take pride in having received the official concession of the Vatican Observatory Foundation to dedicate the “SACRISTAN” watch series to the life’s work of Pope Benedikt XVI (Benedictus PP.XVI, civil name Joseph Aloisius Ratzinger).

The history of chronometry changed much on the turn of the first century. At that time in the monasteries of Europe, a need for more accurate timekeeping arose. Up to 11th century, time has been defined approximately according to natural phenomena, for example the first cockcrow, the sunrise, the maximum height of the sun, etc. The situation changed with commencement of the St. Benedict’s charter in monasteries. According to the charter, prayers must be said seven times at various parts of the day. The sacristan was the monk responsible for the organization of day activities and prayers. Monks were called for prayers by a chime. So, scientists in monasteries began to work hard to create an instrument of accurate chronometry. Thus, after a candle clock, a water clock and a sundial, eventually a mechanical clock was created. This clock is the main instrument for chronometry at the present time.

According to the St. Benedict’s charter prayers should be said seven times a day:

9 a.m. Terz – the prayer on the third hour of the day (according to the ancient chronometry)

12 a.m. Sext – the midday prayer (according to the ancient chronometry)

3 p.m. Non – the afternoon prayer on the ninth hour of the day (according to the ancient chronometry)

9 p.m. Komplet – the prayer before a sleep

There is also the eighth time for a prayer. The morning prayer was said at 3 a.m., according to the modern chronometry.

These rules are revered by majority of Christians nowadays, at least in abridged form because of the tempo of modern life. More often these seven rules are formed in three groups: morning, afternoon and evening prayers.

Watches of the line „SACRISTAN“ show the time for the liturgy for seven prayers, consisting of three groups. The form of this liturgy time display is an innovation and the “SACRISTAN ” also shows the time and the date.

The display of liturgy time doesn’t persuade or compel one to say a prayer. It simply shows the optimal time for each prayer.

History of the Vatican Observatory Foundation

The Vatican Observatory (Specola Vaticana), one of the oldest astronomical research institutes in the world, is dedicated to a mission of discovery reflecting the Papacy’s centuries-old interest in astronomy which dates back to Pope Gregory XIII in 1582.

The modern-day Vatican Observatory, with headquarters and laboratory in the Papal Gardens at Castel Gandolfo, Italy, was founded by Pope Leo XIII in 1891.