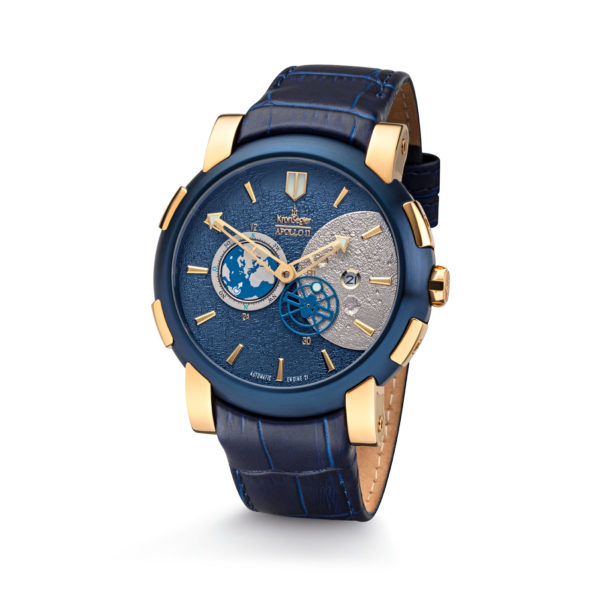 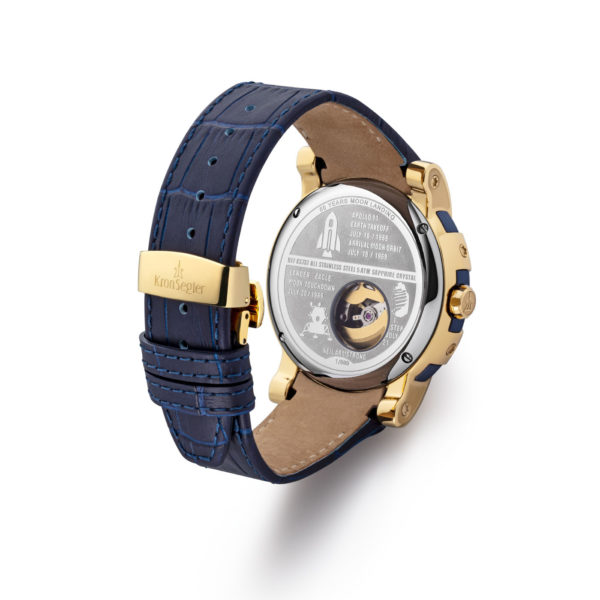 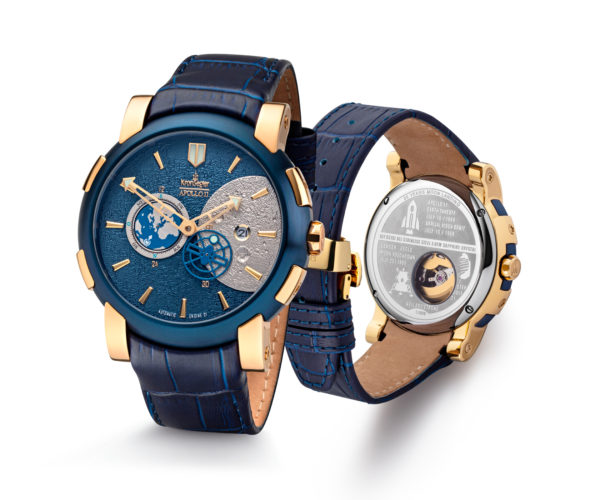 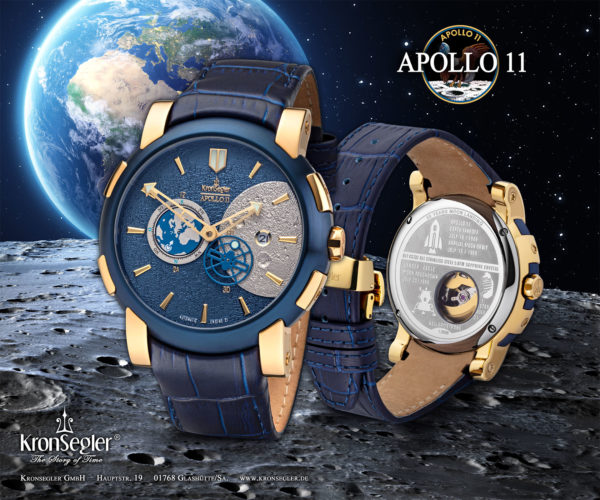 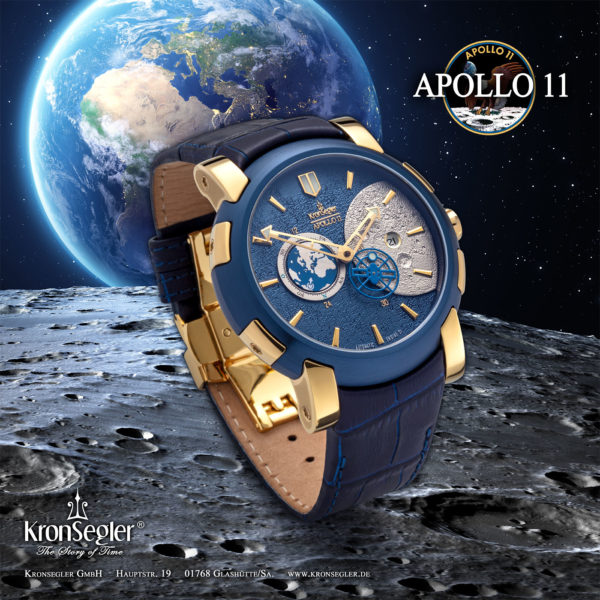 In March 2018, the development of the “APOLLO 11” anniversary watch series began. With its case and dial, the watch represents a scene that shows the moon with the orbiting Columbia spacecraft, the space and the distant earth.

The functions of a circling spacecraft as a second hand and the earth rotating once a day as a 24-hours display were constructed on a mechanical movement. For this, pointer shafts had to be converted into disk carriers and the earth disk had to be fitted horizontally in a 360 ° ring. The desired plasticity of the cosmic scenario was created with multiple dial levels. The moon, with the date display in its center, is designed as a silver circle marked by small craters.

The watch is supposed to have a technical and massive appearence – like a space capsule. That’s why the “APOLLO 11” measures 46 mm in diameter, has a 10-piece steel case with ion-plated blue bezels and large, bolted parts on the flanks. On the steel floor the dates of the moon mission are engraved. A glass window reveals the swinging balance wheel. The superluminova-filled indices and tips of the hands are covered by solid sapphire crystal.

The mate glossy and alligator embossed leather straps in blue are thickly padded, adjusted and mounted to the case. They are also provided with a KRONSEGLER emblem button and a folding clasp with security lock.

The watch is delivered in an extra large blue exclusive box with certificate card, 24-page booklet with detailed description and a polishing cloth..